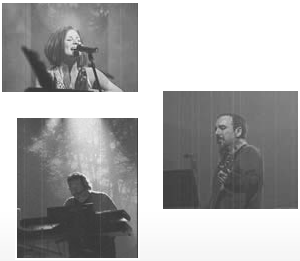 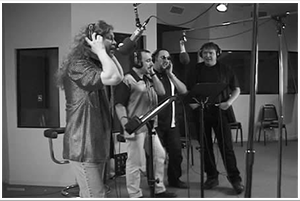 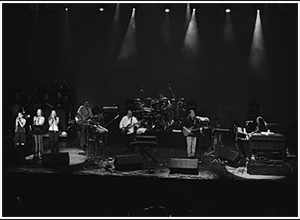 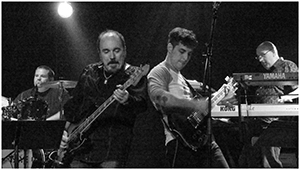 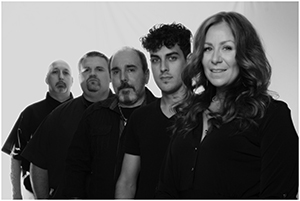 Glass Hammer is an American progressive rock band from Chattanooga, Tennessee. They formed in 1992 when multi-instrumentalists Steve Babb and Fred Schendel began to write and record “Journey of the Dunadan”, a concept album based on the story of Aragorn from J.R.R. Tolkien’s The Lord of the Rings. To their surprise, the album sold several thousand units via the Internet, The QVC Shop-At-Home Network, and their own toll-free order number. As such, Babb and Schendel were convinced that the band was a project worth continuing. The stage was then set for a successful career that now includes numerous albums, DVDs and an enthusiastic, world-wide fan base that continues to grow at a steady rate.

While many musicians have appeared on Glass Hammer albums over the years, Babb and Schendel have remained the core creative force of the band. Both play a variety of instruments, but Babb is better known as the bassist while Schendel is the primary keyboardist.  And though they also sing, a number of other vocalists (most notably Michelle Young, Walter Moore, Susie Bogdanowicz, Carl Groves and Jon Davison) have also handled lead vocal duties.

Lyrically, Glass Hammer is inspired mostly by their love of literature (most notably Tolkien, C. S. Lewis and John Krakauer) and Babb’s love of Victorian prose and medieval mythology.  Musically, they lean towards 70’s driven symphonic rock, focusing on epic-length songs anchored by Babb’s distinctive bass guitar work and strong keyboard playing from Schendel; specifically Hammond organs in the tradition of ELP. They have a superb melodic flow to the music they make, encapsulating real power and dynamics without ever becoming overpowering. Their most apparent influences are Yes, ELP, Genesis, and, to a less noticeable extent, Camel.  Fans and critics are usually quick to attest that Glass Hammer have managed to combine those influences into a unique style all their own.

Critically acclaimed albums have continued to flow from the Glass Hammer studio, with the most successful and noteworthy being “Chronomtree” (2000), “Lex Rex” (2002), “The Inconsolable Secret” (2005) and “IF” (2010).  Vocalists and fan-favorites Carl Groves and Susie Bogdanowicz took a temporary hiatus from the band after 2009 and vocalist Jon Davison took over as lead vocalist for three studio albums; “IF”, “Cor Cordium” and “Perilous”.  Kamran Alan Shikoh joined the band at the same time taking on the role of guitarist.

During the recording of “Perilous”, Davison also assumed the role as front-man for Yes.  This led to Carl Groves rejoining the Glass Hammer in 2013 for live performances and recording.  Aaron Raulston joined at the same time as drummer for the group.  Susie Bogdanowicz rejoined in late 2013 and appeared along with Raulston, Groves and Shikoh in 2014 concerts.

Glass Hammer’s “Ode To Echo” release for 2014 featured performances by many of the band’s vocalists, including Bogdanowicz, Young, Moore and Davison, though Carl Groves was handling the lion’s share of the vocal duties for the band. “The Breaking Of The World” followed in 2015 along with the two CD one DVD set “Double Live” which was recorded and filmed at ROSFest in Gettysburg, Pennsylvania. Carl Groves and Susie Bogdanowicz fronted the group throughout 2015.

2016’s “Valkyrie” saw the lineup shift somewhat as Carl Groves departed and Susie Bogdanowicz stepped to the fore. Before recording sessions began, Babb, Schendel, Shikoh and Raulston rehearsed the music of “Valkyrie” for several weeks, as if they were preparing for a live concert. This was a new approach for Glass Hammer album production. According to the band, this was done in order to better capture the live energy of an actual Glass Hammer performance. “Valkyrie” was also conceived as a “full-blown concept album” in the tradition of “Lex Rex”, and “The Inconsolable Secret”.

The current (2018) official lineup of the group is Babb, Schendel, Raulston and Bogdanowicz. Other prog musicians and rock artists have made contributions to Glass Hammer projects, including Jon Anderson of Yes, Arjen Lucassen, Rich Williams and David Ragsdale of Kansas, Rob Reed of Magenta and Randy Jackson of Zebra.  Glass Hammer has also appeared with The Adonia String Trio and performed two concerts (2006-2007) with 120 plus member choirs from Belmont University and Lee University.